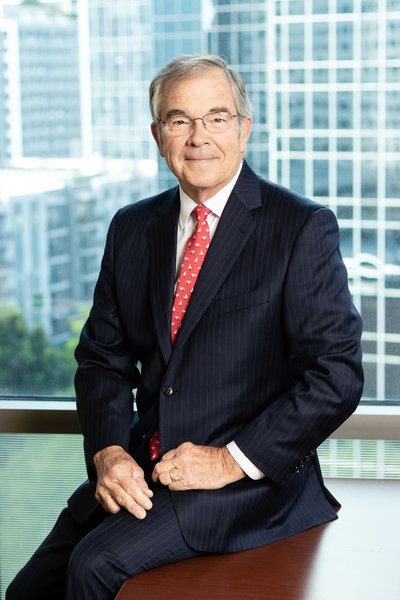 Mr. Payne is a founding member and Chairman of Centennial Holding Company, LLC. Under his leadership, Centennial has raised $1.1B in equity capital and invested in $3B of multifamily properties (77 communities) throughout the Southeast, Mid Atlantic, and Sunbelt.

Mr. Payne was President and CEO of the Atlanta Committee for the Olympic Games. He has also held past positions as Managing Director of Gleacher & Company, Inc., Vice Chairman of Bank of America, Vice Chairman of PTEK Holdings, Inc., and Vice Chairman of WebMD. He currently serves as a member of the Board of Directors of Workday (NSDQ: WDAY), Altec, Inc. and Learfield/IMG.

Mr. Payne has received numerous awards and designations during his career and has twice been named Georgian of the Year. He has been recognized as one of the 20th Century’s Top 100 Individuals in the American South and was awarded The Olympic Order, the highest award of the Olympic Movement.

He earned both his undergraduate and law degrees from the University of Georgia.